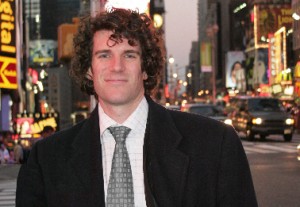 Thomas P. Farley is a manners expert who has been interviewed on matters of etiquette by the Today show, the CBS Early Show, the New York Times, the Los Angeles Times, the Christian Science Monitor, People Style Watch, USA Today, CNN, ABC and Nick at Nite's TV Land, as well as on radio stations across the country. As the overseer of Town & Country magazineâ€™s â€śSocial Gracesâ€ť column from 2000 to 2008, he helped to shed light on topics from â€śElevator Etiquetteâ€ť to â€śHorrible Things People Do in Public.â€ť His book, Modern Manners: The Thinking Personâ€™s Guide to Social Graces, went into multiple printings. He is also a featured contributor to the new book The Experts Guide to Doing Things Faster (Clarkson Potter; 2008). In addition, his thoughts on life's finer things (including manners, of course!) can be heard on the Martha Stewart Living Radio network, where he is a fill-in guest host

Farleyâ€™s passion for topics of manners extends well beyond the printed page. He has been a guest lecturer at New York Universityâ€™s School of Continuing and Professional Studies and has done manners classes for schoolchildren. â€śI think itâ€™s important for both adults and kids to know that being mannerly doesnâ€™t entail memorizing long sets of rules,â€ť he says. â€śIt often means simply thinking twice before you act.

A graduate of Fordham University, Farley is presently at work on his second book, which will address the tricky matter of tech etiquetteâ€”from BlackBerry use to Facebook quandries. â€śTechnology is advancing so rapidly that our manners simply canâ€™t keep pace,â€ť he explains. â€śAnd yet, as the general populace rushes head-first into a quest for gadget-led efficiency, only those who remember their manners will truly get ahead.â€ť