Growing up as one of four kids in Woodstock, NY, Anthony Sasso has always been surrounded by art, music, and creativity, all of which have clearly been a huge influence on his culinary aesthetic.  After graduating from the Institute of Culinary Education in NYC, he began to professionally pursue his main passion, cooking, with short stints at a few trailblazing restaurants under Wylie Dufresne (WD-50), Rocco Dispirito (Union Pacific), and Bobby Flay (Bolo), until he finally slipped into the small corner spot on 17th and Irving at Andy Nusser’s Casa Mono.

A trip to Spain came next, when he moved to the Costa Brava to live with his extended family and work at the renowned coastal marisqueria “El Hogar Gallego”, run by the legendary Guillo family.  Shortly after his return to the states, he was promoted to head chef at Casa Mono, and later began an apprenticeship at the infamous Fleisher’s Butcher Shop under the Applestones in upstate New York, where he was taught how to handle whole animals. Training under these masters in their respective fields has exposed him to impeccable handling of fish and meat and in 2008 he became one of the youngest chefs to be recognized by the Michelin Guide, obtaining his first of seven consecutive stars in 2008.  Then, in September of 2015, Casa Mono was emphatically awarded 3 stars by Pete Wells of the New York Times in a glowing review of the restaurant.  He’s also been featured in the New York Post, Edible Manhattan, Lucky Peach and has cooked at the James Beard House, Degustibus Cooking School, Cochon 555, and Star Chefs Congress.  He’s constantly seeking new flavors and techniques through travel, teaching, and feeding an insatiable appetite. 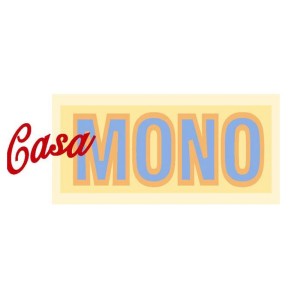