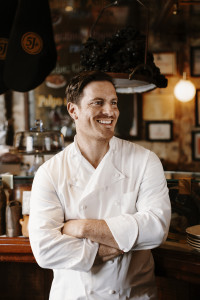 Seamus Mullen is an award-winning New York chef, restaurateur and cookbook author known for his inventive yet approachable Spanish cuisine, and a leading authority on health and wellness. Seamus opened his first solo restaurant Tertulia in Manhattan in 2011, which was awarded two stars from The New York Times and a finalist for the James Beard Foundation Award for Best New Restaurant. In 2013, he opened El Colmado, a Spanish tapas and wine bar at Gotham West Market, a food hall in New York’s Hell’s Kitchen. In September 2014, Seamus launched Sea Containers at Mondrian London, his first hotel collaboration and first restaurant outside of the United States. Most recently, he opened a second outpost of El Colmado in the Meatpacking District, called El Colmado Butchery. He has been named a semi-finalist for Best Chef NYC by the James Beard Foundation 3 years in a row. More recently, Seamus has become a leading authority in the conversation on food, health and wellness. An avid cyclist who raced competitively in his twenties, he was diagnosed in 2007 with rheumatoid arthritis, an autoimmune disease that forced him to rethink his relationship with food, and led to his first cookbook Hero Food, published in 2012. Through food, exercise and lifestyle changes, Seamus was able to successfully turn his health around. He shares his story through numerous speaking engagements around the country, and has been featured in major publications such as The Wall Street Journal, Chicago-Tribune, and The Guardian. 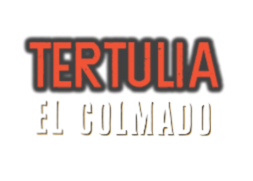